The Moment of Greatest Danger 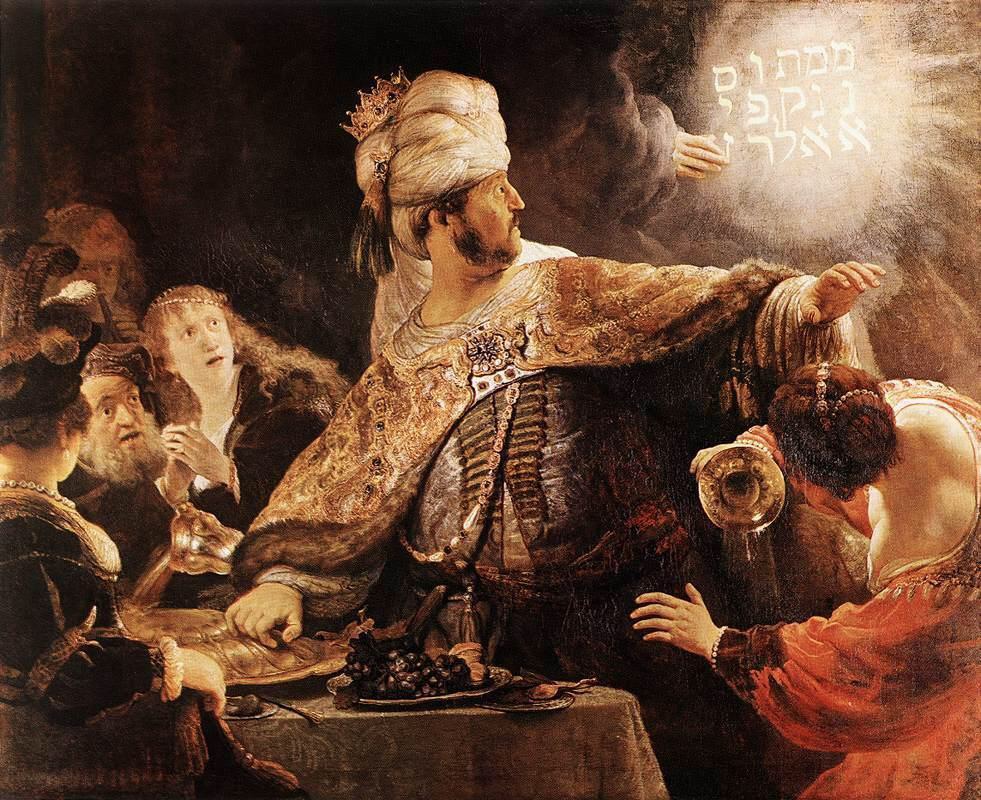 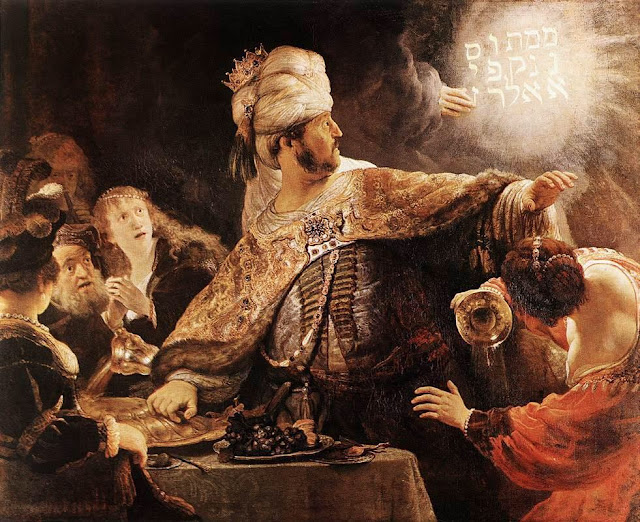 The Writing on the Wall

With the incomprehensibly bloody and understandably merciless repulse of the hapless Ukrainian “Kherson counter-offensive”, and now the almost comical debacle of the bungled “commando raid” of the Zaporozhye nuclear power plant, the decisive military operations of the Ukraine War have taken a giant step towards their long-foregone conclusion.

Russia will fully achieve the three objectives of its “special military operation” as explicitly stated by Vladimir Putin in his address to the world delivered on the opening day of the war: liberating the Donbass; excising the Nazi influence from the region, and demilitarizing Ukraine.

The demilitarization of Ukraine has assumed particularly gruesome proportions. What was the largest, best-trained, and best-equipped land force in Europe at the beginning of 2022 has been reduced to a pitiful shell of its former glory – close to 100,000 dead and twice that many permanently maimed. The troops now manning the front lines are a rag-tag assembly of mostly untrained conscripts, frequently forced at the point of their own officers’ rifles to face the massive artillery barrages of an enemy they will likely never see and at whom they will never even get a chance to shoot back before the shell with their name on it tears them to shreds at the bottom of a feces-littered foxhole.

To be sure, the Armed Forces of Ukraine still retain some dangerous long-range striking power in the form of a handful of surviving NATO-provided M-777 howitzers and whatever few rockets they have left for their dozen or so remaining HIMARS launchers.

But this war has reached the stage equivalent to Nazi Germany in mid-January 1945: the war is lost; everyone knows it is lost, and all that remains is the positioning in advance of the inevitable surrender, the unrestrained looting, and the occasional harassment of the never-say-die snipers who will fight to their last round of ammo and last drop of blood.

In other words, we’ve finally arrived at the most dangerous juncture of this conflict.

You see, as I have frequently observed, this war, at its deepest root, has always been an existential struggle between Russia and the rapidly declining fortunes and dominion of the long-since irredeemably corrupted American Empire.

Beginning with the fall of the Soviet Union, and continuing throughout the 1990s, the western vulture capitalists raced to divide, conquer, and despoil the unfathomable natural resource wealth of the former USSR. And indeed, in ten short years, they managed to extract a massive pile of treasure at Russia’s expense, only to be prematurely thwarted by the unforeseen rise of the previously obscure Vladimir Putin.

At first, the finely accoutered locusts believed they could manipulate Putin as easily as they had his immediate predecessors. But they were soon disabused of that fallacy. So then they began to pressure Putin and Russia by methodically assimilating into their “defensive alliance” all the previously unaligned nations that stood between NATO’s 1997 borders and the Russian frontier.

This, of course, awakened in Russia a sober sense of their increasingly precarious position, and in 2007, at the Munich Security Conference, Putin delivered a landmark speech wherein he put the Empire on notice that Russia was drawing a line in the sand beyond which it would not permit further NATO expansion. That line extended from eastern Poland to northern Armenia.

Predictably, Putin’s declarations were first mocked and then summarily dismissed.

I suspect this was the point at which Russia came to see that war was very likely inevitable in order to retain its sovereignty and security.

Nevertheless, Putin exhibited extraordinary patience. While initiating an aggressive military upgrade and expansion program, he bided his time for the next several years.

But with the threat to Russia’s strategic naval base in Syria and the US-orchestrated coup d’etat in Ukraine, he was compelled to act, albeit with considerable restraint, to alter the trajectory of events. He dispatched an expeditionary force to Syria to prevent the fall of the Assad regime at the hands of US-supported “moderate rebels”; he moved to reclaim historically Russian Crimea, and to much more aggressively support the ethnic Russian separatists in the Donbass region of Ukraine who were waging a tenuously balanced civil war against the US-installed regime in Kiev.

American designs in Syria were foiled. But the ongoing de facto NATO assimilation of Ukraine continued, as the US and its NATO allies set out to methodically construct what would eventually become the most formidable proxy army in history, with ambitions to lure Putin into a Slavic civil war that would sap Russian strength, mortally wound its still-fragile economy, and induce social unrest within Russia and discontent among its various loci of domestic power, and ultimately effect “regime change” in the Kremlin.

But, at every juncture, Putin out-maneuvered them.

Meanwhile, the decades-long superiority of Russian missile technology produced for Putin several trump cards in the form of long-range stand-off weapons capable of threatening prime US military assets virtually anywhere on the planet.

Armed with this “ace in the hole”, Putin’s negotiation posture was significantly fortified, and from 2018 onward he began to articulate much more forcefully that Russia would not abide any further NATO expansion towards its borders – most explicitly in the case of Ukraine, where the ambitious training and outfitting of a NATO proxy army continued apace.

Yet again, Putin’s warnings were mocked and dismissed.

Finally, when the overly confident Zelensky government in Kiev moved, in late 2021, to position its most experienced, best-armed, and best-trained forces in the Ukrainian-held western Donbass and in Mariupol, at the gate of the Crimean land-bridge – clearly preparatory to an attempt to subjugate the separatist-held regions of eastern Ukraine and to eventually retake Crimea – well, Putin knew the moment of truth had finally arrived.

In late December 2021 the Russians crafted and forwarded to the US and its NATO vassals a document articulating in exhaustive detail Russia’s explicit demands for the roll-back of NATO to its 1997 borders.

Yet again Russia’s demands and warnings elicited scoffing summary dismissals from the United States and its submissive European colonies.

And so, the long-inevitable war began on February 24, 2022 and continues to this day.

Now, it must be clearly understood that the war in Ukraine is about far more than simply Russia reestablishing strategic depth on its western border and the re-assimilation of ethnic Russian populations into the motherland.

No, it is, as all the great powers of the planet very clearly recognize, about putting an end to unrestrained American hegemony – economically, politically, and militarily. At some level, there can be no question that this is now widely recognized as the second-order consequence of this war.

It is unquestionably recognized as such at the highest levels of imperial power in Washington, New York, and London.

The decisive defeat of its Mother of All Proxy Armies in Ukraine, and that defeat’s indelible demarcation of the high-water mark of imperial expansion, will accelerate the already commenced transition of the planet to a multipolar, balance-of-powers paradigm such as characterized the world prior to the advent of American global dominance in the post-World War II era.

Simply put, it marks the end of the American empire.

And, as such, we are now at the most dangerous moment humanity has faced in the previous three-quarters of a century – very possibly in its entire history.

Now we will find out what the self-anointed Masters of Empire will do when faced with the impending loss of their dominion over the earth.

Something tells me they are highly unlikely to shrug their shoulders, wax philosophical about the whole thing, gather up all their military toys, and go home. To do so would signal to all their colonies and vassals that the jig is well and truly up; NATO will effectively cease as a meaningful and credible alliance; the European Union as presently constituted will quickly dissolve.

That said, I have no capacity to predict what the imperial powers-that-be will do at this pivotal moment in human history, nor can I confidently anticipate what the consequences of their actions will be.

All I know is that the moment of greatest danger in all our lives is now bearing down upon us. At some point – likely sooner than later – those who wield the power and control the levers of empire will make a move to preserve its dominion.

I am personally convinced they will fail – and abysmally so – but almost certainly not without leaving oceans of blood and mountains of ashes in their wake.

Posted by William Schryver at 3:44 PM