"Counter-Offensive" - You Keep Using That Word 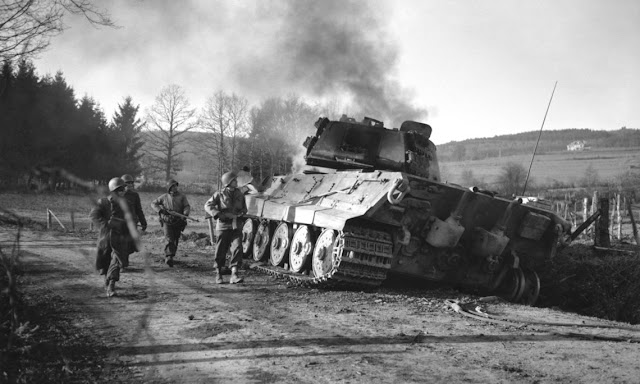 One thing few seem to appreciate is that what Ukraine has done over the past several days near Kherson and Kharkov does not even come close to what constitutes a "counter-offensive". They've done nothing but launch highly localized severely under-powered probes which, sooner than later, become nothing but cramped kill zones for massed Russian artillery and air strikes.

The leaders of the Armed Forces of Ukraine now command: effectively zero air power, sparse artillery with acute ammo shortages, limited UAV capability – and, to add insult to injury, Russian “battlefield hackers” are now proving able to commandeer many of their precious quadcopter surveillance drones, thereby blinding them completely in the midst of a battle.

Worst of all, the overwhelming majority of the soldiers are battle-naïve conscripts.

Their tanks are few and far between; their troop carriers are obsolete and highly vulnerable; many if not most are compelled to march into battle on foot – and these are not Seal Team 6 physical specimens who do 20k runs on their day off. They’re just the ones not rich enough, clever enough, or fast enough to elude the conscription gangs.

The AFU’s sole apparent advantage is that there are substantially more of them that can be brought to bear on a narrow front than there are Russians defending it.

And yet all of these attacks so far have been tentative affairs with relatively small concentrations of force and firepower.

In the lexicon of battle, a “counter-offensive” is an entirely different animal.

The German Ardennes counter-offensive in December 1944 consisted of:

THAT was a counter-offensive.

What we are witnessing in Ukraine is categorically NOT a “counter-offensive”. Ukrainian operations over the past several days are, to the contrary, strongly indicative of the extremely limited mobility and firepower capacity of a severely depleted army whose combat-effectiveness is a fraction of the Russian and allied defenders whom they face on the field.

Oh, to be sure, their numerical superiority in troops can achieve a temporary advance within a narrow salient, and inflict some serious harm on isolated groups of Russian defenders in the process. That should come as no surprise to anyone – particularly the abundant Russian “doomers’ on Telegram who descend into inexplicable despair whenever the Ukrainians achieve any tactical success, however meagre and strategically meaningless.

However, if you zoom out the map to reveal the entire front line of this war, you can readily see that we’re talking about a handful of teeny-weeny pimples protruding into the Russian-held side: territory in which the Russians have numerous highly mobile operational reserve units – infantry and artillery – that can be dispatched with relative alacrity to any quadrant of the battle map, utilizing the always significant advantage of interior lines of communication.

When faced with one of these sorts of attacks, an outmanned and outgunned defending force is trained to lay down some suppressing fire, secure an orderly retreat, and exact a cost on the attacker in the form of pre-planned ambuscades and pre-registered long-range artillery fires.

Meanwhile reinforcements will have already been summoned by the time they arrive at the second line of defense.

Now, make no mistake, even this species of limited counter-attack can result in extremely heated battles, numerous casualties on both sides, and the ceding of real estate from the defender to the attacker.

But in the case of the current war in Ukraine, the attacker has effectively zero capacity to follow up any temporary gains with the kind of strength sufficient to counter the reinforcements and concentrations of artillery and air power the Russians can swiftly bring to bear against them.

The outcome of these sorts of attacks, in the context of this battlefield at this stage of this war is, plain and simple, a mathematical and military certainty.

And the physical vulnerabilities of the Ukrainian forces consequent to their numerous deficiencies listed above are such that they, as the exposed attacker, are suffering horrific losses for every village and town they claim to “liberate” from the Russians.

In the Kherson region, the casualty ratio has been at least 5 to 1 in favor of the Russians – this according to interviews with wounded Ukrainian troops in a recent Washington Post report. And there is mounting evidence suggesting that the butcher’s bill is no less favorable to the Ukrainians in the Kharkov region.

If the Ukrainians want to go on the "offensive" – attacking established Russian defensive positions – Russian commanders will enthusiastically receive them at any point along their lines.

Nothing will end this war faster than continuing Ukrainian "counter-offensives" of the type we have seen over the last few days.


Posted by William Schryver at 5:52 PM