The US Is Making Russia Incredibly Powerful 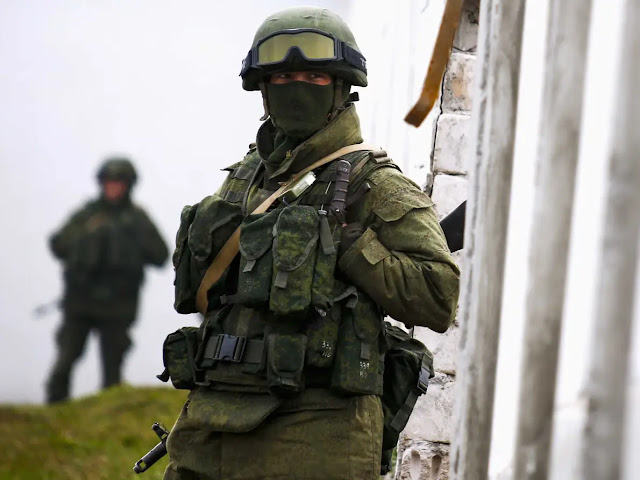 In one of my earliest posts on this fledgling blog (Why the US Could Not Win and Will Not Fight A War Against Russia – July 8, 2022) I wrote the following:

“… it bears repeating what I have argued multiple times in recent weeks: this war has seen the Russian military quickly evolve into a battle-hardened and quick-to-adapt fighting force. The US has not faced such a force since World War II.

“Many believe the US is a 'battle-hardened' force. This is utter nonsense. Of the many thousands of troops currently manning US combat units, only a minute fraction has experienced ANY battle whatsoever, and NONE have experienced high-intensity conflict such as is taking place in Ukraine.

“Indeed, I submit that one of the inadvertent and unforeseen byproducts of this war is that, even as the NATO-trained and equipped Ukrainian army has been devastated, the Russian army has been transformed into the single most experienced army on the planet.”

I continue to stand by that assessment. Indeed, I think it is even more strongly attested now than it was then.

Consistent with, but meaningfully elaborating on my thoughts, below I have taken the liberty to cite, in its entirety, a Telegram post from ASB Military News, dated August 29, 2022. It is reproduced with zero alteration, and I offer it without further comment.

ASB Military News is most definitely a friend to Russia, but in my estimation, its biases are almost always kept in check, its analysis is appropriately critical, and its conclusions consistently based on what most honest observers would admit is solid intelligence and empirical evidence – and when it is not, it is appropriately qualified.

I don’t know for certain, but my sense is that the channel is the product of a single individual, whose identity I do not know.

But given the maelstrom of falsehood and nonsense in which the thin strands of truth swirl these days, I want to recommend ASB Military News as a source offering an important viewpoint to consider.

The post below contains a unique specimen of that viewpoint:

There were miscalculations with the whole Ukraine situation.

Russia miscalculated. They miscalculated based on an outcome which worked for them 2x. It worked in Georgia and it worked in Crimea. Why would it not work in Ukraine? Of course they chose a tested strategy.

It failed — they pulled back and readjusted. Exactly as a professional army should.

Russian Armed Forces Adapt and overcome. You can catch them by surprise — but you better capitalize on it because it will not last long. They’ll always adapt and overcome. That’s what a professional army does, that is the whole point of military training, especially Russian training.

But do we know who miscalculated the most? — not Europe, not NATO, but the US. The US has failed spectacularly. American economists, think-tanks and analysts have completely fallen for their own propaganda. They really believed the story of Russia being a “gas station masquerading as a country”. That was a derogatory piece of propaganda that came out from the US years ago, it stuck with them and they eventually believed it.

They expected the Russian economy to fold; completely collapse and implode. This situation has showed how bad US intelligence is inside of Russia. They truly had no idea about the sophistication of the Russian economic model. Their own country slipped into recession and their allies overseas have been pushed into what is going to be one of the biggest economic and humanitarian disasters Europe has ever seen. — all thanks to the White House and its incompetence. The Russian Ruble is doing great.

Russian Manufacturing and service sectors are now generating bigger profits than before the sanctions and before the Ukrainian war.

Russia was not confident before. They always believed that they low-key need the west. They didn’t think they’re good enough. — now they found out that they are. They found out their economy is self-sufficient and that they can rely on themselves and their industrial power & economic influence in the world.

This is the wake up call Russia needed to move forward — And it will do so. Russia now knows that it can, that it is able and that it is strong. It knows it has some of the most competent politicians in the world — not driven by emotion, but by wisdom and analytical leadership.

No matter how you feel about politics, nobody can deny that Lavrov and Putin are today’s sharpest minds. There’s absolutely nobody that could fold either one of them in a discussion/negotiation — and again, Russia now knows that.

In conclusion, the US is making Russia incredibly powerful— from within: which is exactly where it was missing all these years.

Posted by William Schryver at 4:09 PM