Proud of My Humility 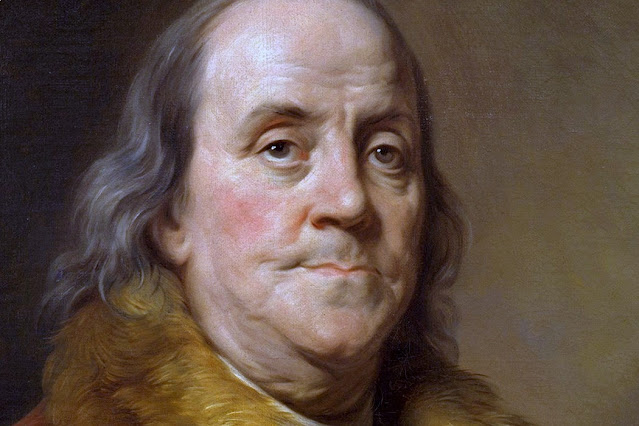 An Excerpt from the Autobiography of Benjamin Franklin

My list of virtues contained at first but twelve; but a Quaker friend having kindly informed me that I was generally thought proud; that my pride showed itself frequently in conversation; that I was not content with being in the right when discussing any point, but was overbearing, and rather insolent, of which he convinced me by mentioning several instances; I determined endeavouring to cure myself, if I could, of this vice or folly among the rest, and I added Humility to my list, giving an extensive meaning to the word.

I cannot boast of much success in acquiring the reality of this virtue, but I had a good deal with regard to the appearance of it.  I made it a rule to forbear all direct contradiction to the sentiments of others, and all positive assertion of my own.  I even forbid myself, agreeably to the old laws of our Junto, the use of every word or expression in the language that imported a fixed opinion, such as certainly, undoubtedly, etc., and I adopted, instead of them, I conceive, I apprehend, or I imagine a thing to be so or so; or it so appears to me at present. When another asserted something that I thought an error, I denied myself the pleasure of contradicting him abruptly, and of showing immediately some absurdity in his proposition; and in answering I began by observing that in certain cases or circumstances his opinion would be right, but in the present case there appeared or seemed to me some difference, etc.  I soon found the advantage of this change in my manner; the conversations I engaged in went on more pleasantly.  The modest way in which I proposed my opinions procured them a readier reception and less contradiction; I had less mortification when I was found to be in the wrong, and I more easily prevailed with others to give up their mistakes and join with me when I happened to be in the right.

And this mode, which I at first put on with some violence to natural inclination, became at length so easy, and so habitual to me, that perhaps for these fifty years past no one has ever heard a dogmatical expression escape me.  And to this habit (after my character of integrity) I think it principally owing that I had early so much weight with my fellow-citizens when I proposed new institutions, or alterations in the old, and so much influence in public councils when I became a member; for I was but a bad speaker, never eloquent, subject to much hesitation in my choice of words, hardly correct in language, and yet I generally carried my points.

In reality, there is, perhaps, no one of our natural passions so hard to subdue as pride.  Disguise it, struggle with it, beat it down, stifle it, mortify it as much as one pleases, it is still alive, and will every now and then peep out and show itself; you will see it, perhaps, often in this history; for, even if I could conceive that I had completely overcome it, I should probably be proud of my humility.

Posted by William Schryver at 3:54 PM