In War, Losers Lie The Most 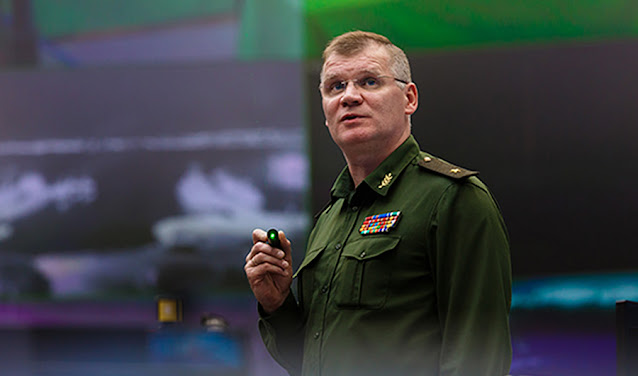 Over the course of the Ukraine War – or the “Special Military Operation”, as Russia is careful to term it – I have confidently concluded that one of the essential sources for reasonably accurate information regarding the far-flung combat operations in the theater is … The Russian Federation Ministry of Defense daily briefing.

Of course, those inclined to support Ukrainian perspectives on this war immediately rise up in arms at such a suggestion. “How could you possibly believe anything the Russians have to say? They lie about everything!”

Well, I’m not typing out this brief missive in an attempt to disabuse the Russia-haters of the world of their fondest prejudices. That would be a fool’s errand, at best. But I will briefly explain the rationale I have employed to reach the conclusion that, in fact, the most accurate picture of ongoing Ukraine War combat operations available to the general public is, indeed, coming from the daily Russian MoD briefings.

First of all, I want to freely acknowledge that there is no way they can always be correct. The very nature of battle is fraught with inherent challenges to accuracy. Squad, company, and battalion commanders naturally inflate their successes and downplay their failures. Air defense crews and fighter pilots observe a clear hit on an aircraft, watch it fall to the full extent of their perspective, but sometimes fail to see that it somehow managed to recover before crashing into the ground, and then miraculously limped back to its base. These sorts of things are an unavoidable and not all that uncommon reality, and contribute substantially to the pervasive “fog of war” in any conflict.

Fully accurate data for a war takes years to emerge, and even then can be corrupted by inaccuracies that are never detected and corrected. So the best one can hope for in the midst of a war is a reasonably accurate “rough sketch” of what is really happening at any given time, as well as a constantly coalescing picture of what has really been happening over the course of time.

To achieve the latter, one must also examine the positional maps, taking into account which strategic locations are being won and lost, and what the general trajectory of operations suggests as reflected in the way the lines of contact move and evolve.

But the one thing, above all, that should be kept in mind is that, as a general rule, the side that is really winning is much more likely to tell the truth, and the side that is losing is, far more often than not, lying through its teeth.

Of course, this hardly means that the winning side always tells the truth. They may have very good reasons for lying, obfuscating, or simply having inaccurately ascertained what the truth really is.

On the other hand, the losing side, at the first realization they’re in over their heads, starts lying some of the time, and as their prospects deteriorate further, they quickly resort to lying nearly all the time.

Indeed, it becomes imperative to do so, both to shield troop morale from the full truth, and (as attested very notably in this particular war) also to reassure allies and benefactors that, despite a few “minor setbacks”, everything is actually going “according to plan”, and glorious victory is “just around the corner”, if only you keep helping us out with more weapons, guns, ammo, victuals, and coin to pay our ever-dwindling numbers of soldiers.

Also, it must be appreciated that, in any war, even a lopsided one, the dominating power is bound to make stupid mistakes on occasion, and incur an embarrassing setback that he will desire to deny, spin, or otherwise downplay. Similarly, if the weaker army pulls off a rare triumph, he will exaggerate its magnitude and relative significance, and will predictably forecast “much more of the same” going forward.

For these reasons, the determination of “things as they really are” in wartime can be a complex calculus – but nevertheless not outside the capability of the experienced observer/analyst to ascertain to a reasonably accurate degree.

And make no mistake, to any reasonably objective and knowledgeable observer/analyst not intellectually crippled by mindless bigotry or riven with ulterior motives, the Russians are winning this war, and winning it big. And therefore their natural inclination will be to tell the truth in order to lend weight to that perception in the public mind.

The mountains of propaganda that have dominated western media reports and the “expert analysis” of its stable of arms-manufacturer-funded think-tank monkeys and talking-head “retired generals-for-hire” have, unfortunately, irredeemably tainted the perceptions of those for whom these voices constitute their only sources of information.

I wish there were a way to scrape the scales of darkness from their eyes, but alas, I have concluded it is more or less futile at this juncture. For most, not even “settled history” many years down the road will dissuade them from resolutely clinging to their most cherished delusions.

In any case, as pertains to the regular daily briefings of the Russian Ministry of Defense, those who follow them closely, as I do, will observe that they are typically detailed, not apparently prone to exaggeration, and delivered in a totally matter-of-fact fashion – no superfluous commentary about “glorious victories” or “trampling the enemy under our feet”, etc. “Just the facts, ma’am.”

Furthermore, it must be understood that the Russians are also in a far superior position to know what has actually occurred on the battlefield. They have access not only to high-resolution satellite-based imagery, but more importantly to the countless hours of video shot every single day from their hundreds (thousands?) of loitering observation drones that are a constant fixture over almost every engagement of appreciable size.

That said, it is important to understand that, for obvious reasons, they’re absolutely not going to permit the general public and the OSINT practitioners of the world to have access to imagery as they see it. Instead, they consistently downgrade the resolution of shared video and still photos, and employ edits to remove any video footage they deem to be “privileged information” – such as what weapon is being used for an airstrike, or the angle from which it came.

As for the Ukrainians, it is apparent they no longer have a significant drone capability over the battlefield, and are therefore “flying blind” in a great many instances.

In conclusion, all perceptions of battle are distorted to some degree. Some things which are claimed to have happened may, on occasion, be substantiated with incontrovertible evidence of some kind: conclusive imagery, multiple credible witnesses, or the frank admission of the other side to an effectively undeniable loss or setback.

I would roughly estimate that the perception of truth of any given event, under the best of conditions – even for the respective combatants armed with far superior intelligence and imagery – probably never exceeds 90% accuracy. The general public, using open-source intelligence and reasonably reliable on-the-ground reporting, can optimistically hope for maybe 60% - 70% accuracy.

For these reasons, the acquisition of a knowledge of "things as they really are” in war is never an exact science. But it is an art that can consistently produce conclusions highly consonant with the objective facts of the matter.

Posted by William Schryver at 5:50 PM