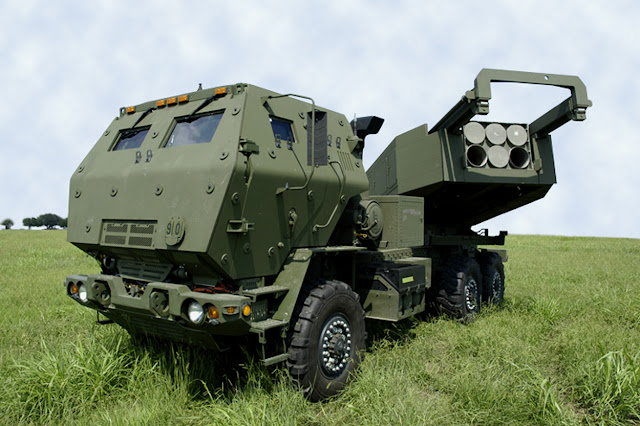 Several weeks ago the US tow-behind M-777 155mm howitzer was being touted as the "game-changer" that would remedy the misfortunes of war for Ukraine.

As I recall, a total of about 110 units were delivered, of which ~75% are now claimed to have been destroyed.

They have produced little discernible effect on the battlefield, except to demonstrate what should have already been obvious: Snake Island is just a target rock until a Russian flag flies over Odessa.

Now the M-142 HIMARS multiple launch rocket system has replaced the M-777 as the wunderwaffe du jour. 8 units are claimed to have been delivered so far, of which Russia claims to have already destroyed 2. Recent reports say 4 more launchers will be delivered, along with 1000 rockets.

So, an even dozen total … or now just ten, as the case may be. With a thousand rockets in their quiver.

Ukrainian sources claim HIMARS has been used to destroy 20 Russian ammo dumps. Some of these claims are disputed, but for the moment we’ll assume they’re true.

There are almost certainly HUNDREDS of similar Russian ammo dumps dispersed throughout Ukraine. Ammo is not the sort of thing you pile all in one place, especially on an active battlefield.

Still, there is little doubt a few ammo dumps have been hit by the M-142. It does, after all, purport to be a highly accurate system.

But this fevered talk of a dozen six-shooter rocket systems appreciably affecting the outcome of this war, at this juncture? It’s an absurdity. It betrays a shocking lack of understanding of the basic mathematics of high-intensity conflict.

First of all, one must consider the Russian countermeasures, of which a further dispersion of ammo dumps is almost certain.

They will also now employ every means at their disposal to locate the units. It won’t be easy at first. These are small, highly mobile trucks. But it will become easier the more the units are used. They will expose themselves. Expect the Russian MoD to soon report having destroyed additional units.

In any case, there is no reason to conclude Russian ammunition stockpiles are dangerously depleted, or even that current production is falling meaningfully short of long-term sustainability requirements.

In short, it is pure delusion to believe a dozen HIMARS units will alter the trajectory of this war. Again: it is a six-shot highly mobile rocket system, with an extremely modest and finite ammunition stockpile.

If all 12 units fired just ONE salvo a day, they would exhaust over 1000 rockets in less than two weeks.

The Pentagon has already significantly depleted its inventories of ATGMs, MANPADs, and artillery pieces – all without appreciable effect.

Is it now the US strategy to disarm itself in a futile attempt to turn the tide in Ukraine?

Are they prepared to fight to the last Ukrainian AND the last pallet of American artillery ammunition?

If so, I suspect the Russian high command is more than willing for the US to continue on this path.

Posted by William Schryver at 6:36 PM