I continue to be convinced the US/NATO could never win and will never fight a war against Russia in eastern Europe – unless the #EmpireAtAllCosts death cult somehow seizes the reins of power, in which case, it will become the biggest catastrophe in US military history, and very possibly result in a civilization-ending nuclear war.

For me, one of the most intriguing aspects of the unprecedented levels of propaganda beclouding the ongoing Ukraine War are the incessant claims, from the very beginning, of the alleged strategic, tactical, and logistical ineptitude of the Russian military.

The theme of the bumbling Russians was clearly preconceived and coordinated, and commenced in earnest within the first 24 hours of hostilities. CIA/MI6 fronts like Oryx, Bellingcat, and the war-mongering Kagan family propaganda mill The Institute for the Study of War have pumped out this narrative so relentlessly that it has now been almost universally enshrined as “received wisdom” in the western state-controlled corporate media and among large numbers of clueless, arms industry-compromised former generals – even to the point of entering into the body of assumptions embraced by many “experts” who I expected to be more discerning.

It has given rise to countless evidence-free myths, from the #FakeNews downing of two IL-76 jumbo transports packed with Russian paratroopers, to the persistent meme of thousands of Russian tanks and armored vehicles allegedly abandoned for mechanical breakdown, lack of fuel, or other logistical failures. 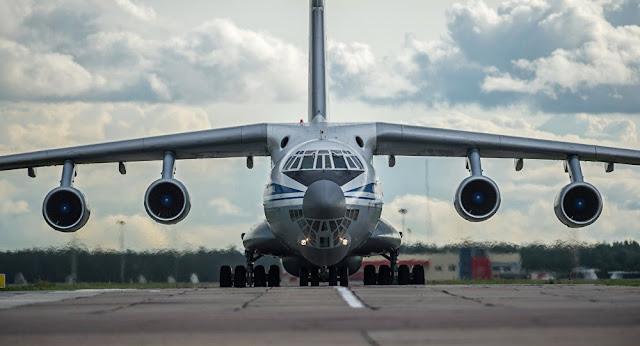 One of the more inexplicable narratives included in this disinformation package has been the allegation that Russian troops are poorly trained conscripts who are thrown into the meat grinder with antique weapons, little ammo, and so little food they are literally starving.

These tall tales are then woven back into the main strand of the narrative: the Russian army is a disorganized mob of demoralized “orcs” whose only real talent is plundering household appliances, raping young women, and randomly gunning down old folks on the streets.

Attached to this constant refrain are repeated comparisons to the allegedly incomparable professionalism, organization, training, and weaponry of US/NATO forces.  The implication is that any undersized company of exceptional American soldiers would be more than a match for an entire oversized battalion of incompetent Russians.

I’ve concluded this unrelenting narrative must have as its aim the persuasion of the general public and policy-makers in NATO countries that western militaries are so vastly superior to their Russian counterparts that no one should entertain reservations about making war against them.

Connected to this theme is a recurring baseless assertion that the Russian nuclear arsenal is in a state of total disrepair, and that, were nuclear war enjoined, very few Russian missiles would even make it out of their silos, let alone fly long enough and straight enough to then be summarily dispatched by the fictional impenetrable American missile defense shield.

– that "gas-station masquerading as a country" – as the late Fighter Ace in Reverse John McCain was fond of saying.

And thus we continue to hear calls for immediate NATO intervention into the war; the establishment of a “no-fly zone” over Ukraine, and “boots on the ground” to teach the amateurish third-world Russian army a lesson it will not soon forget.

Never mind the numerous reports from western mercenaries and foreign legion volunteers who managed to escape back to their home countries after very brief and terrifying “tours of duty” in Ukraine, all of whom relate similar accounts.

They talk about encountering overwhelming firepower for the first time in their military careers, and they soberly warn anyone else thinking of embarking on a “safari” to kill Russians that it was “nothing like Iraq” and they feel very lucky to have made it out alive – often without ever firing their weapon, nor having even seen a Russian soldier.

Never mind also the fact that, to my knowledge, there are few if any conscripts among the Russian forces fighting in Ukraine, and few if any reports in Russian independent media sources of demoralized, under-supplied Russian battalions in any theater of the war.

Quite to the contrary, every indication I have seen suggests that Russian morale is sky high, both among the soldiers doing the fighting and the Russian public at home.  To be sure, there have been Russian casualties – they are, after all, going up against what was, on February 24, 2022, the largest and best-armed land force on the European continent (outside of Russia). 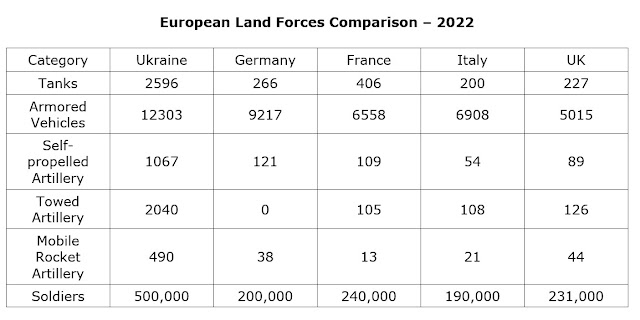 These numbers pale in comparison to the western propaganda "think tank" fantasies of ~100k total Russian casualties, including 35k – 50k KIAs, which, were it true, would be unmistakably reflected both in the morale of the army itself and the public at home – and it clearly is not.

Nor is any of this manufactured narrative consistent with the desperate and incessant Ukrainian appeals for massive replenishment of lost heavy weaponry, air-defense systems, and ammunition, as well as the total mobilization of poorly trained and equipped "territorial guard" troops and expansion of the conscript window to include boys, old men, and now even women.

On the other side, Russian troops are regularly rotated off the battlefield, rested and refitted, then returned to the front.  Russia has deployed ~15% of its total professional force, has not ordered a general mobilization, and has approximately the same number of soldiers in the theater that they started with (175k – 200k).

So I leave the reader to judge the facts of the matter in terms of Russian military ineptitude and massive logistical failures.

And with that preface, let’s turn to the primary question: could NATO fight and win a war against the Russians on this same battlefield?

My answer is an emphatic NO – for three distinct but equally disqualifying reasons:

1) There is zero persuasive evidence that NATO soldiers, weaponry, training, logistics, and command are superior to that of the Russians.

2) Sufficient NATO forces could NEVER be assembled, equipped, and sustained to defeat the Russians in their own backyard.

3) The very attempt to concentrate sufficient US forces in the region in order to take on the Russians would very likely result in the disintegration of the global American Empire and its massive network of overseas bases – thereby rapidly accelerating the already-in-progress transition to a multipolar world.

As to point #1 above, it bears repeating what I have argued multiple times in recent weeks: this war has seen the Russian military quickly evolve into a battle-hardened and quick-to-adapt fighting force.  The US has not faced such a force since World War II.

Many believe the US is a “battle-hardened” force. This is utter nonsense. Of the many thousands of troops currently manning US combat units, only a minute fraction has experienced ANY battle whatsoever, and NONE have experienced high-intensity conflict such as is taking place in Ukraine.

Indeed, I submit that one of the inadvertent and unforeseen byproducts of this war is that, even as the NATO-trained and equipped Ukrainian army has been devastated, the Russian army has been transformed into the single most experienced army on the planet.

Needless to say, this is NOT what US/NATO strategists intended to achieve. But it does explain why we now see them doubling-down on efforts to prolong this war – both to (hopefully) degrade Russian capabilities, and to buy time for themselves to determine what to do next.

You see, if NATO had to go to war today against Russia, and all their troops and equipment could be magically teleported to the battlefield, they simply could not sustain high-intensity conflict for more than about a month, as this excellent analysis persuasively argues: The Return of Industrial Warfare.

“Overwhelming American air power alone would devastate Russian military capabilities in a matter of days; a couple weeks at most.”

The average Call of Duty warrior believes such nonsense, but I'm confident very few in the Pentagon harbor such delusions.

To the contrary, they understand perfectly well that Russian best-in-class air defenses would shred attempted US/NATO airstrikes. It would be a stunning massacre, the results of which after even the first 48 hours would see wiser heads calling for an immediate cessation of hostilities.

Not only that, but even attempted, but catastrophically failed NATO airstrikes against Russia would result in a massive series of counterstrikes against NATO bases and warships at distances never seen in previous wars. It would be a no-holds-barred affair.

Staging areas in Poland and Romania would be hit first and hardest, but strikes would very likely range over all of Europe and the Mediterranean. Russian missiles and submarines would sink several ships within hours, including, almost certainly, a US carrier.

This, of course, is the nightmare scenario – one which very conceivably risks an escalation to nuclear war.

But it also assumes that Russia would stand by idly as NATO concentrated forces in the region sufficient to launch a war in the first place.

In my estimation, the Russians would NOT sit back and watch the US/NATO methodically conduct a Desert Storm-style buildup over the course of a year (or more) – which is how long it would take to assemble a force large enough to launch a war against Russia.

Just as they preempted Ukrainian designs to retake the Donbass and Crimea, they would likewise strike NATO forces long before they reached a level of strength sufficient to conduct operations against Russia.

One final observation on this whole notion of the US/NATO making war against Russia:

People neglect to consider the fact that US forces are dispersed all around the world, in over 750 foreign bases of varying sizes and strategic importance. 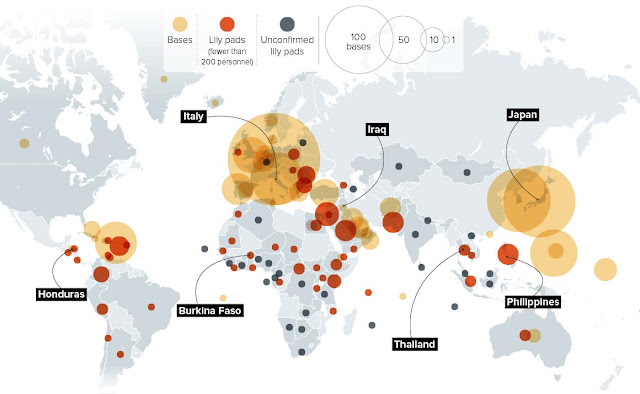 In other words, most fail to appreciate the fact that US military might is highly diluted, and the only way to possibly concentrate a force sufficient to take on the Russians would be to literally evacuate almost every significant US base on the planet.

Japan, Korea, Guam, Syria, Turkey, multiple African nations, etc. A massive power vacuum would be created all around the world, and would constitute an irresistible temptation for “hostile powers” to exploit.

It would spell the end of American global empire and hegemony.

Posted by William Schryver at 10:11 AM