A Bird's Eye View of the Ukraine War

I've watched a LOT of drone footage from this war. I've seen, from a bird's eye view, as it were, the design of the field fortifications Ukraine constructed, with NATO guidance, over the course of eight years.

The logic of these miles and miles of fortifications harkens back to the 1864-65 Battle of Petersburg (US Civil War), with many World War I innovations – a logic where victory largely depends on:

Of course, when you think about it, the revealed logic of Ukraine’s long-prepared strategy for this war is, in many ways, a reflection of American military delusions and vanities, which multiplied and solidified over the course of the brief and fleeting “unipolar moment”.

Despite not having “won” a war since 1945, the US military is consumed with the vanity that it has always dominated opposing forces in every conflict.

There is, of course, some measure of truth in this perspective.  But it is irrelevant.  Because, since no later than the Korean War, the US has not faced a peer or near-peer adversary in a high-intensity conflict.  The US military has not been, for almost three-quarters of a century, truly tested “under-fire”.

The US has measured its battlefield mettle, for decades, against brave sandal-shod men with AK-47s, RPGs, and a certain savoir faire for constructing IEDs. 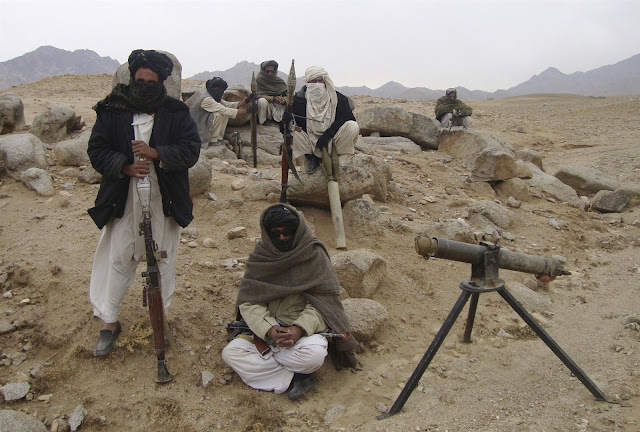 But they have never faced anything like Russian artillery or missiles – not even in Hollywood movies or video games.

Consequently, the Pentagon’s self-perception of unquestioned supremacy has served to disinform and corrupt its doctrinal and procurement decisions for multiple generations of its officer corps.  For most US generals and admirals, all putative opponents are underestimated.

That said, I believe a great many have now been awakened from their intellectual slumber by the manner in which the Russian armed forces quickly assessed the Ukrainian order of battle, and then professionally adapted their strengths and tactics to decisively defeat it.

Here is a brief summation of the Russian tactical approach to the Battle of the Donbass:

Still something moving there?

Step #3: Send in tanks and infantry to mop up.

Move to next series of fortifications.

And so on and so forth …

This is why Ukraine now suffers hundreds of battle deaths every single day.  And why, for months, the Russians have suffered very few casualties – at least a 1 to 10 ratio – and quite likely much lower.


The artillery (with occasional air and precision missile strikes) is doing all the fighting.

But back to Ukraine’s apparent strategy for this war, and the apparent US influence on that strategy.

I will preface my commentary on this issue by stating that Ukraine’s fatal blunder was buying into NATO's over-confident delusion that they (the Armed Forces of Ukraine) actually had a reasonable opportunity to defeat the Armed Forces of the Russian Federation in a high-intensity conflict.

I initially believed NATO military leaders must have had a sober view, far in advance, that their half-million-strong, well-armed, trained-to-NATO-standards Ukrainian proxy army had almost no chance of prevailing on the field of battle against Russia.

But watching drone video of Ukrainian fortifications has convinced me the US military brain trust effectively disdained the Russian military, and its commanders, in the course of their eight-year-long preparation of the eastern Ukrainian battlefield.

Their vanity persuaded them the Russians would mindlessly smash themselves to pieces against an entrenched well-armed force.

Indeed, they were so confident of the genius of their plan that they persuasively encouraged many hundreds of now-killed or captured NATO veterans to “share in the glory” of humiliating the Russians and bringing down the Putin regime once and for all.

They deluded themselves into believing the Russians lacked: strategic and logistical acumen, a sufficiently well-trained force, and – arguably the biggest miscalculation of all – sufficient stockpiles of ammo to conduct a protracted high-intensity conflict.

In short, I have come to believe US/NATO commanders actually persuaded themselves that this “Mother of All Proxy Armies” had an excellent chance to soundly whip the Russians in a battle situated in their own back yard.

In other words, they not only grossly underestimated their enemy, but they ignored centuries of history that they somehow convinced themselves had no relevance to their 21st century aspirations to defeat Russia militarily and take a great spoil of its resources.

But, as is now readily apparent to all objective, knowledgeable military analysts around the globe, the Ukrainian proxy army has been pulverized by a patient, methodical, and significantly outnumbered Russian force, using long-established Russian doctrines and tactics.

Even more revealing is that once-vaunted and universally feared US/UK weaponry – almost all of it actually rather antiquated – has proven to be far less “game-changing” than the pea-brained strategists in Washington and Whitehall mistakenly believed.

Javelins, NLAWs, and Stingers have been exposed as mostly ineffective against their intended targets (tanks, helicopters, and low-flying jets).  M-777 howitzers break down after just a few fires.  GPS-guided “precision” munitions are routinely jammed by Russian electronic warfare counter-measures.

Worse yet, the inculcation of NATO field doctrines in the minds of the Ukrainian officer cadre has resulted in pervasively inflexible responses to battlefield events that develop contrary to expectations.  Consequently, discipline has disintegrated, and improvisation has been paralyzed.

To be sure, if one were to go by the laughable assessments of western think-tank propagandists and their dutiful lackeys in the media, “Ukraine is winning” and “the inept Russian military has been humiliated”.

But more discerning observers around the world know better.

Sober military men in potential adversary countries across the globe see with clarity that Russia has, with one hand tied behind its back, eviscerated the massive, relatively well-armed and well-trained Ukrainian military.  The US/NATO intimidation factor has been forever compromised.

More geopolitically significant, at least in the near future, is that European NATO members can also read the scorecard of this war: they now understand as they never could previously that standing on the NATO side of the field is hardly a guarantee of security.

I am convinced NATO will not survive the results of this war in Ukraine.  Sure, they’ll “keep up appearances” for the time being, but there can be no doubt most now understand that siding with a rapidly declining empire is fraught with great risk and minimal gain.

More concerningly, the Chinese have been watching all of these developments with great interest.  They are almost certain to be emboldened to act decisively to secure their sphere of influence in the emerging multipolar world.

Posted by William Schryver at 7:59 AM